This past weekend we had my husband’s cousin and her daughter over for some hang out time with our kids and each other.

Now, Kira loves cake just as much as I do and is also a hobby cake decorator and baker. She has been asking me to make a raspberry chocolate cake for a while now, and every time I think “well, I have never done that before. That sounds hard!” Well, I finally looked into what goes into making a raspberry chocolate cake. I searched Google and Pinterest and my favorite baking books.

THE RECIPE
I settled on this recipe from Martha Stewart: Chocolate-Raspberry Cake and its sister recipe for icing: Chocolate Cream Cheese Frosting.

I have my progress pictures below, but I will sum up my thoughts on the cake here:

Making the filling wasn’t nearly as difficult as I thought it was going to be. It helps that I have watched cake shows where they reduced things before.

I took the cake out of the fridge for a few hours to get room temperature, but it was still quite cold when we had it after our HEALTHY lunch of salad. I loved the cream cheese icing and the fresh raspberry filling. But the cake was kind of bland, though very moist.

BUT, once the cake got room temperature, it was very delicious! I could then taste the chocolate and the flavors of the cream cheese and cake and raspberry blended together incredibly well!

That being said, Hershey’s Perfectly Chocolate Cake is still my favorite chocolate cake recipe! But I’m not sure how well it would have went with the filling and the icing. That’s an experiment for another day.

I guess I should also add that the kids (two five-year-olds, a three-year-old and a one-year-old) weren’t sold on the cake, including the five-year-old who is a big raspberry fan. This is definitely an adult cake, especially if you use the liqueur that it calls for. I didn’t because I don’t have raspberry liqueur lying around, but I don’t doubt that it’s amazing. Using the liqueur probably really brings out the raspberry flavor even more.

And here are my pictures! 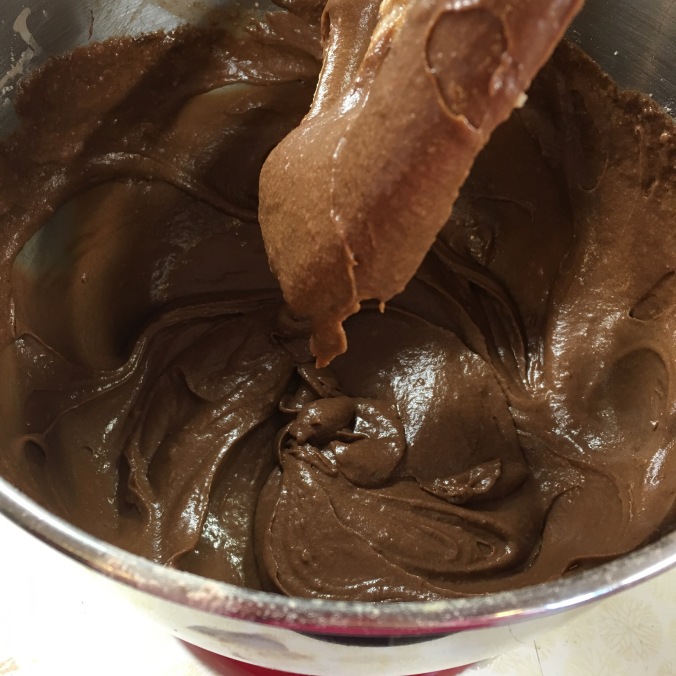 Dividing it up into three 8″ pans: 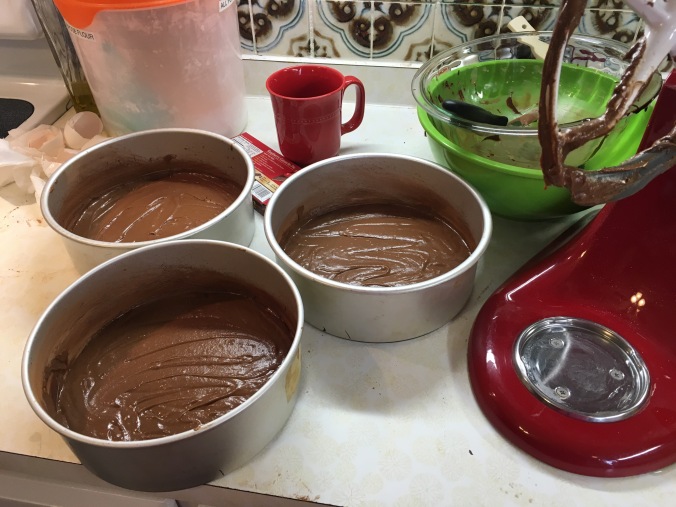 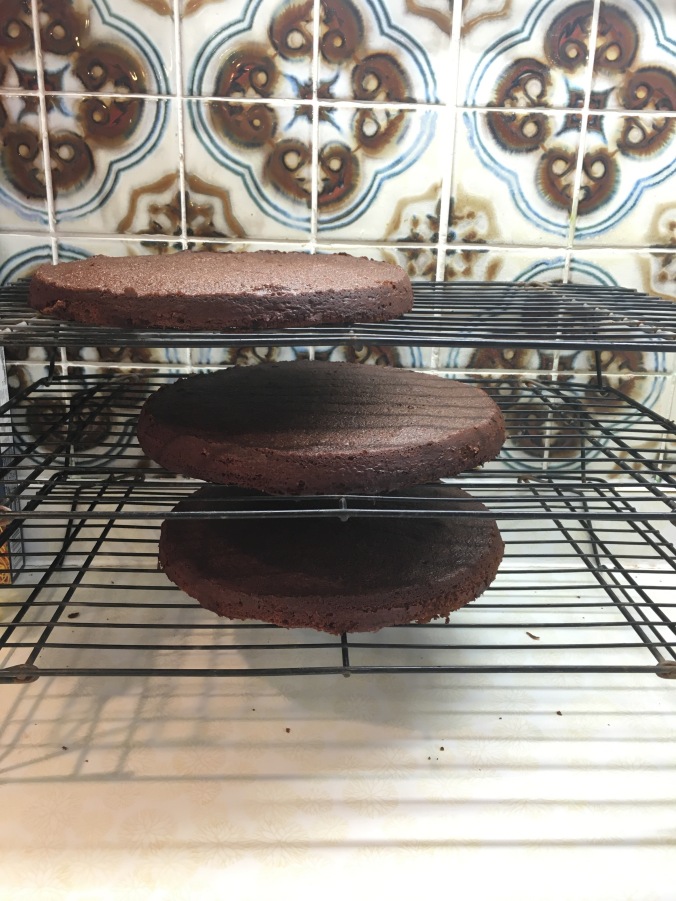 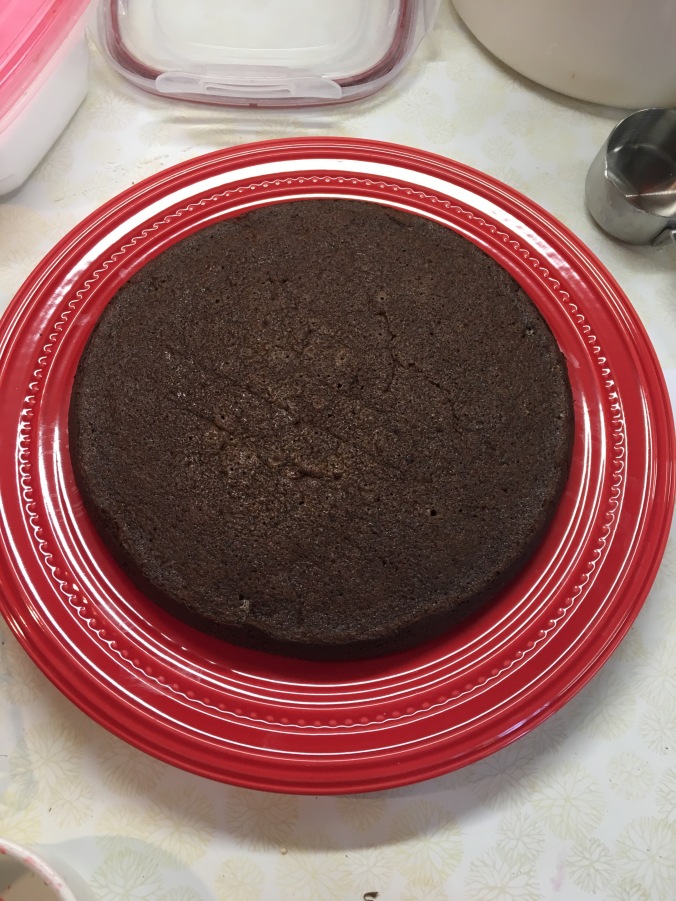 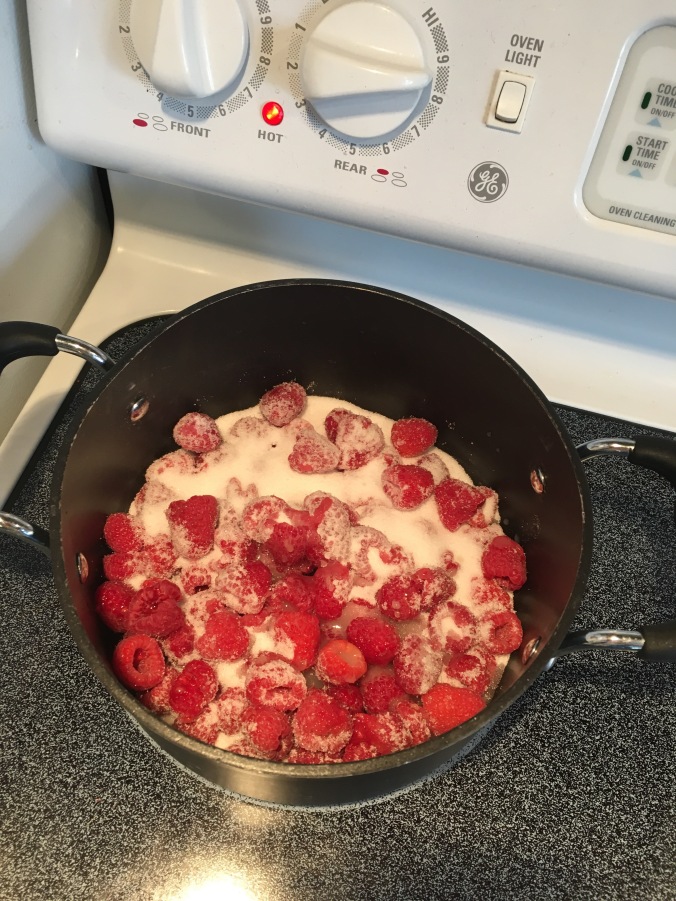 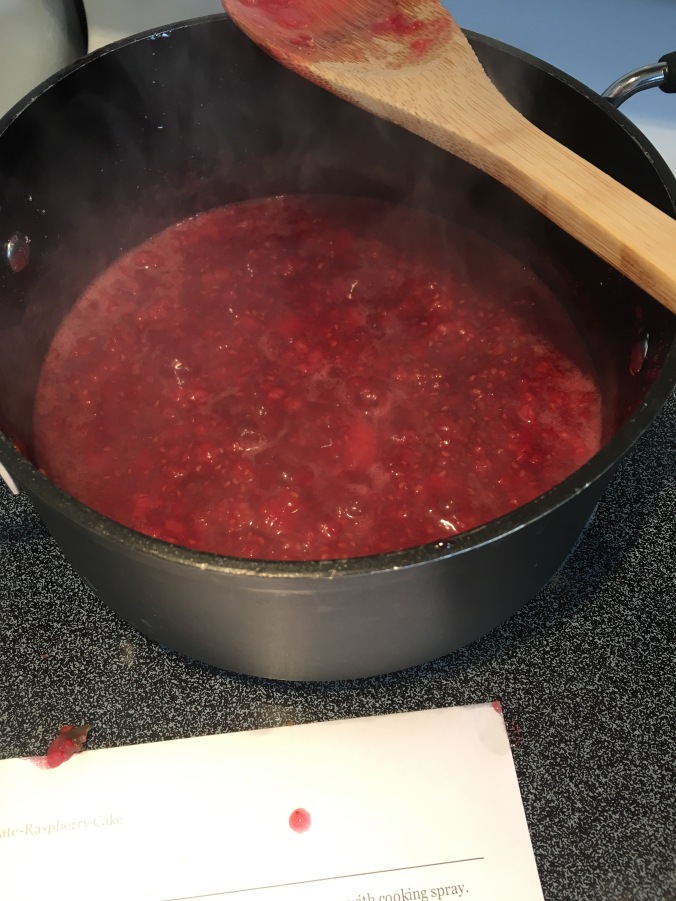 After cooling for a half hour, you add some uncooked raspberries: 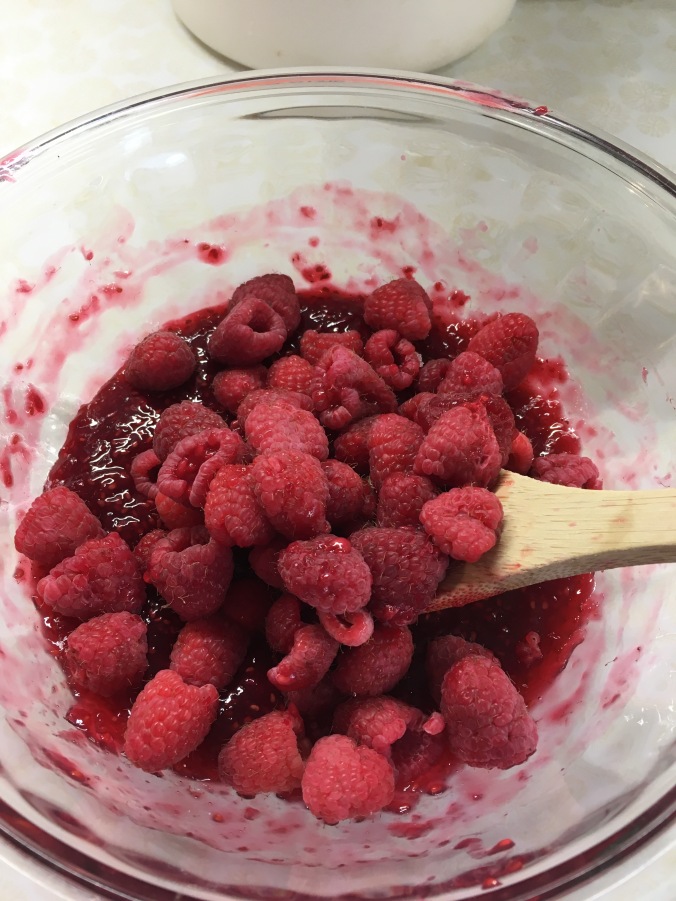 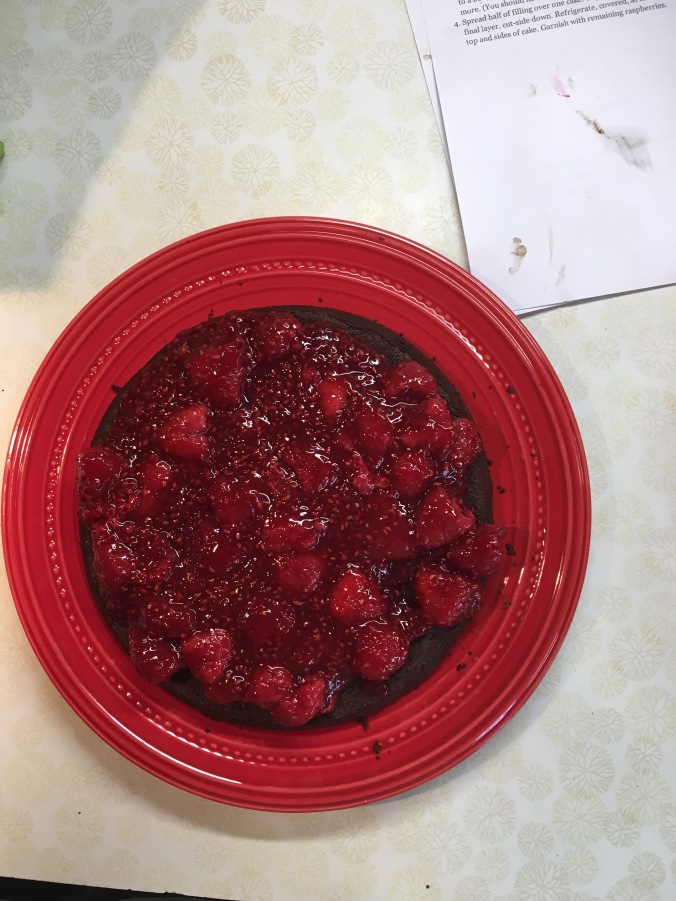 Let it rest like this in the refrigerator for a few hours or overnight: 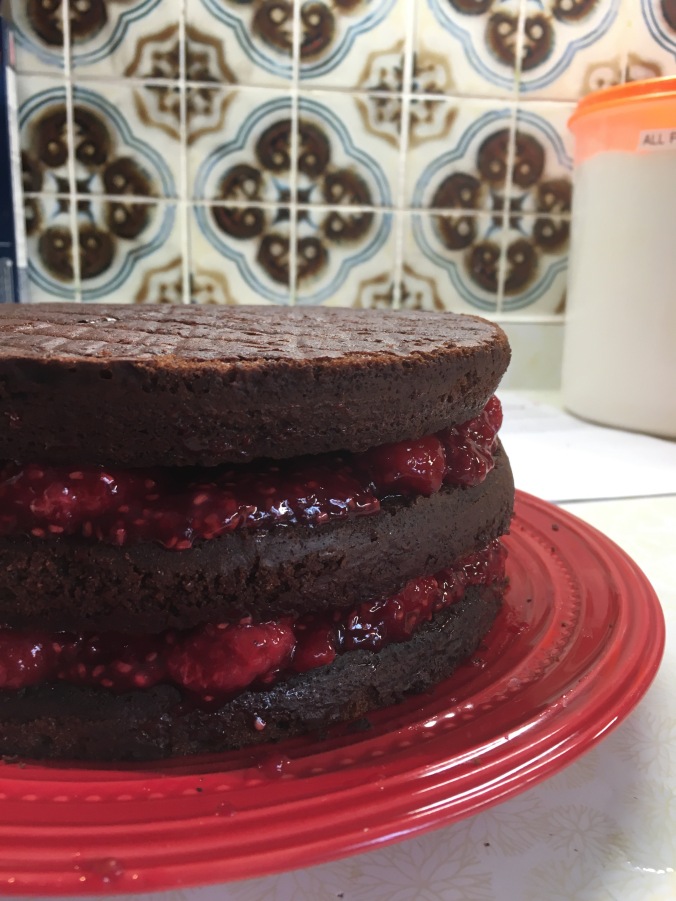 The frosting was easy to make. You weigh your semi-sweet chocolate or follow the directions on the box: 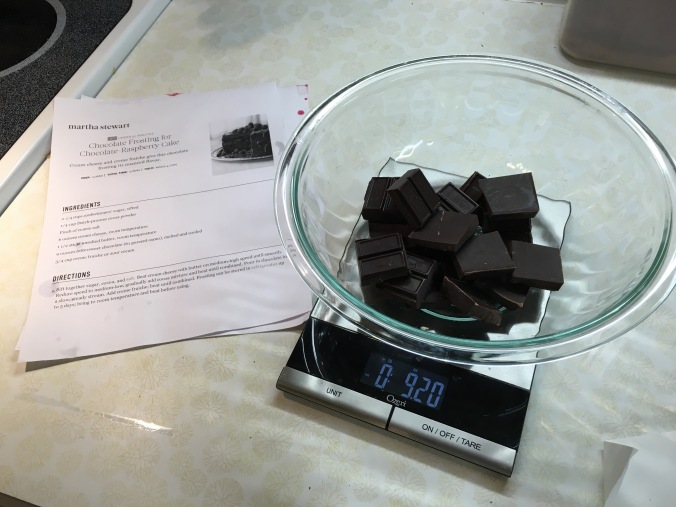 Sift together your dry ingredients: 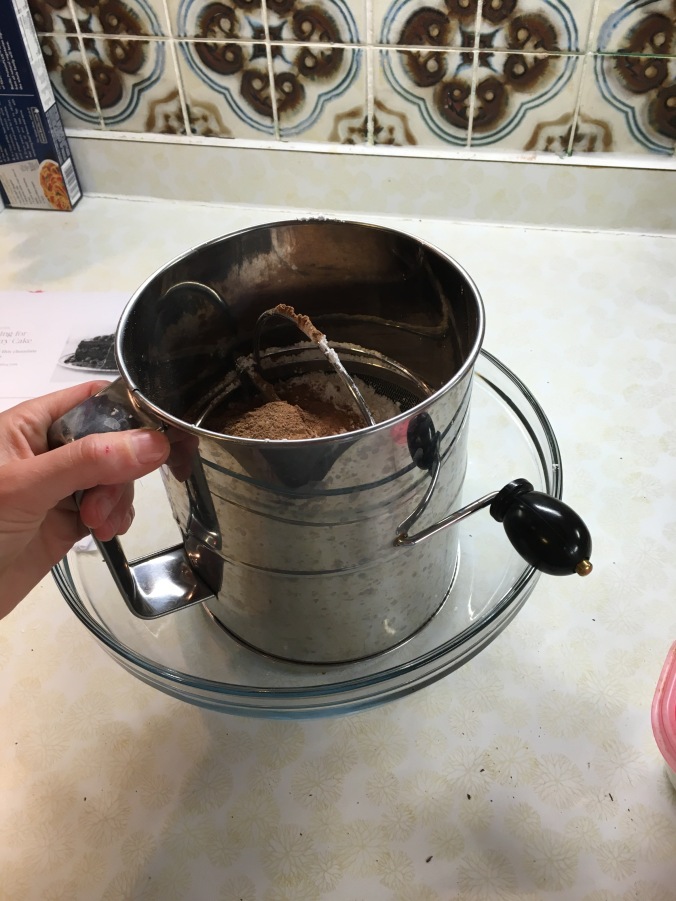 Melt and cool your chocolate: 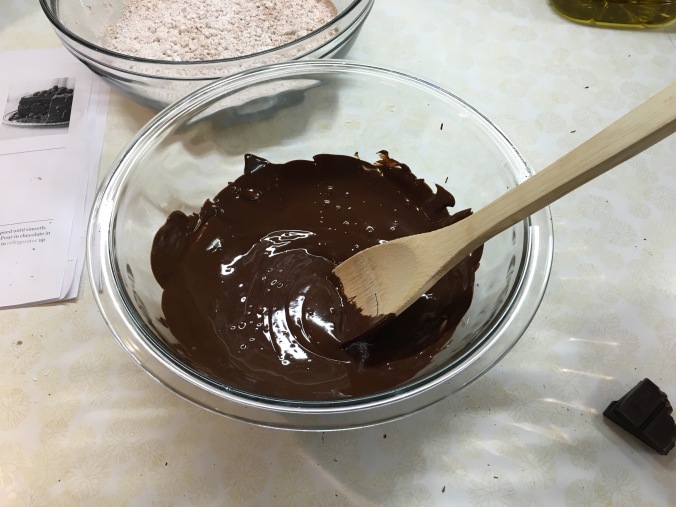 Weigh out your cream cheese or follow the guides on the foil wrap: 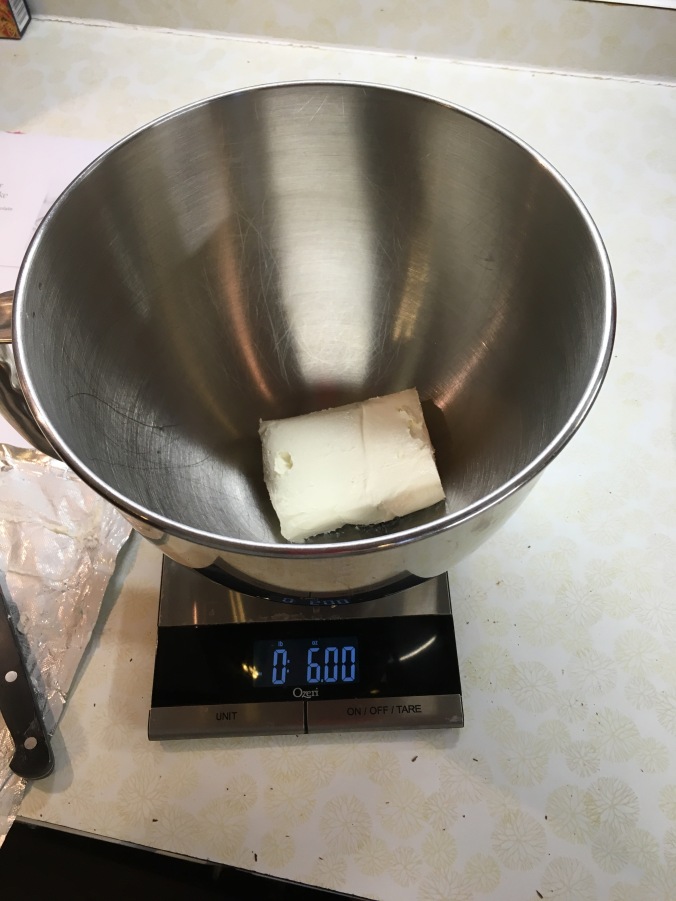 Beat the cream cheese and butter until smooth: 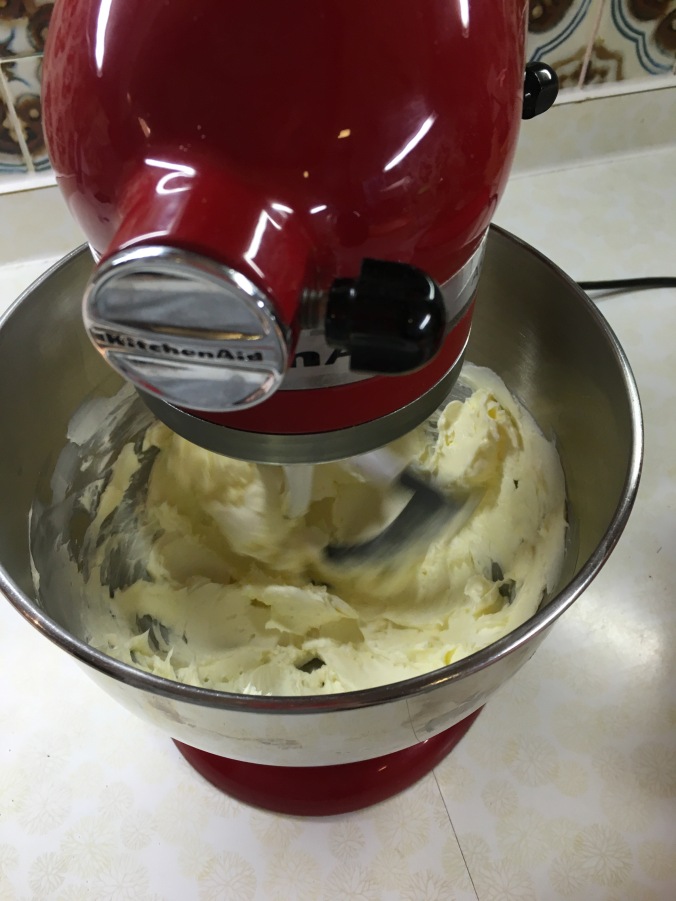 Slowly add the dry ingredients, then the sour cream, and then pour in the chocolate: 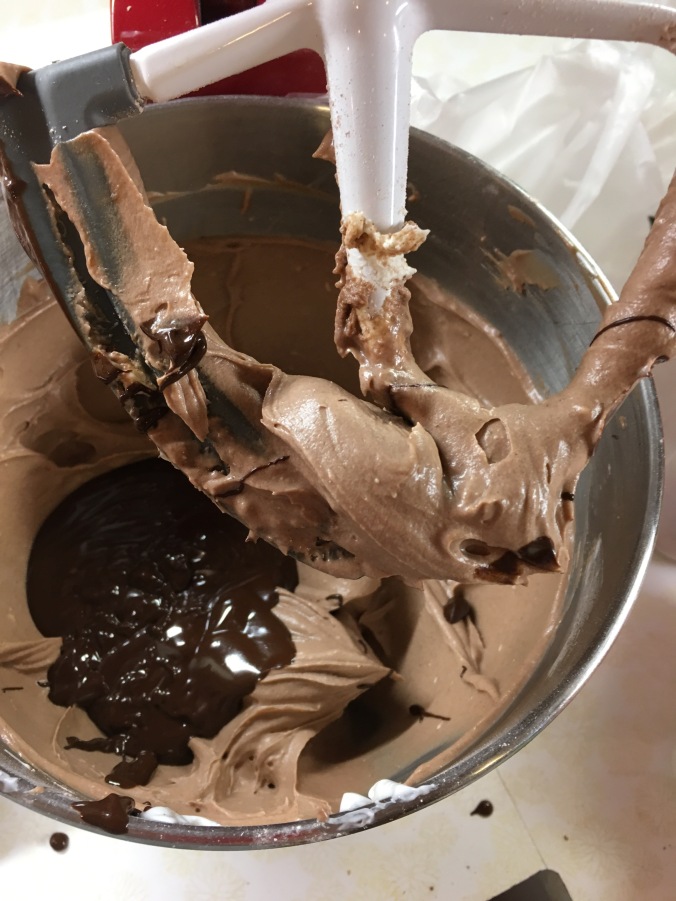 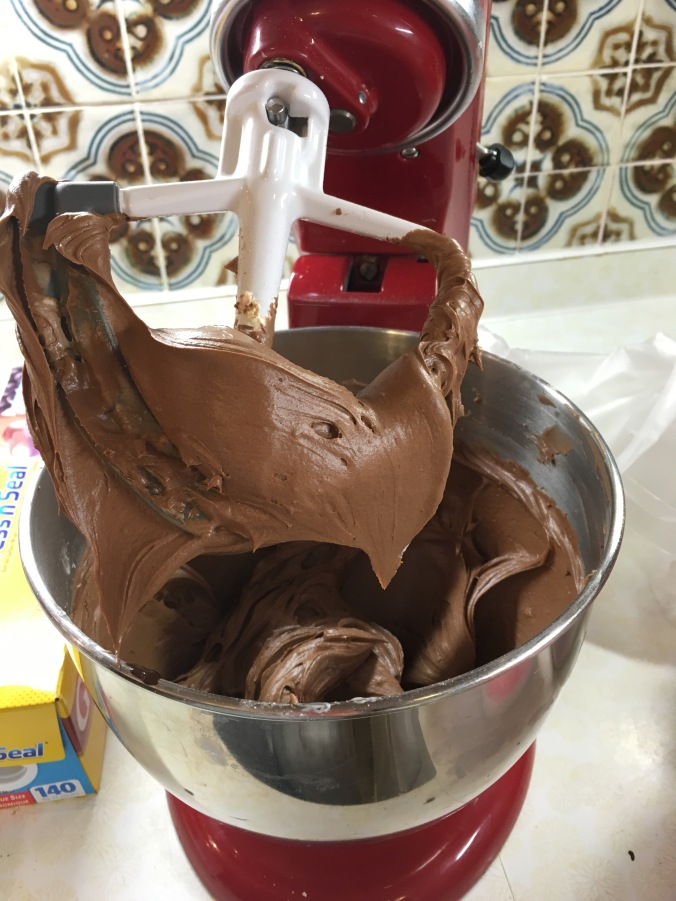 Then, all you have to do is ice your cake! 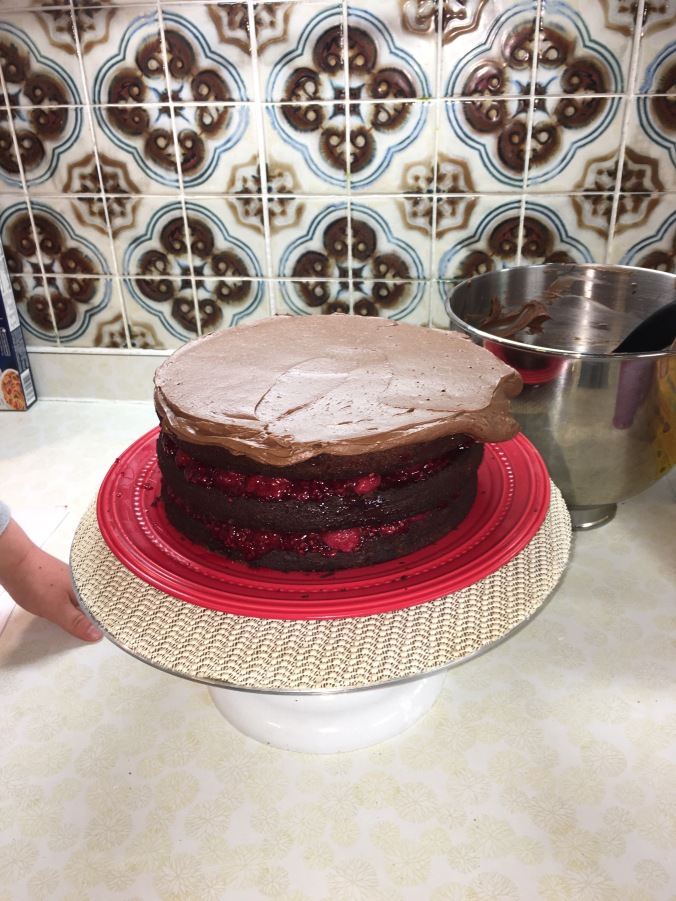 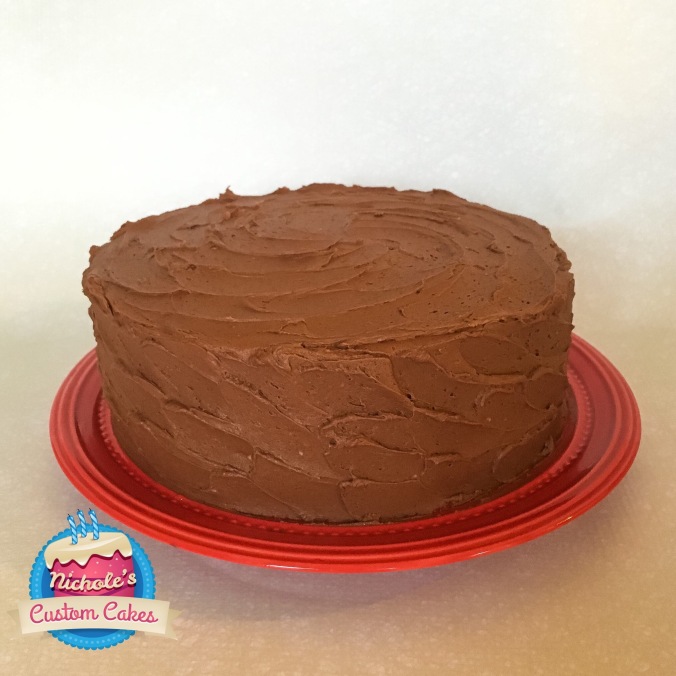