About a year ago I got a request for Phanatic cake toppers for a couple of big Phillies fans. I love how passionate Phillies fans are; they certainly aren’t fair-weather fans! I’m not into sports myself, but when I was asked to make toppers of THE BEST mascot (it’s been proven), I couldn’t resist. Though, I admit, I was a bit apprehensive. Could I pull it off?

But between then and now I have done so many different projects that helped my skills and allowed me to tackle this project. Between my Elsa and Anna flat toppers and my Threadcake, I got a lot of fondant practice.

First, I planned my design and how to put in supports to make them stable. Then I did a test to see if this was possible. I also colored my fondant. 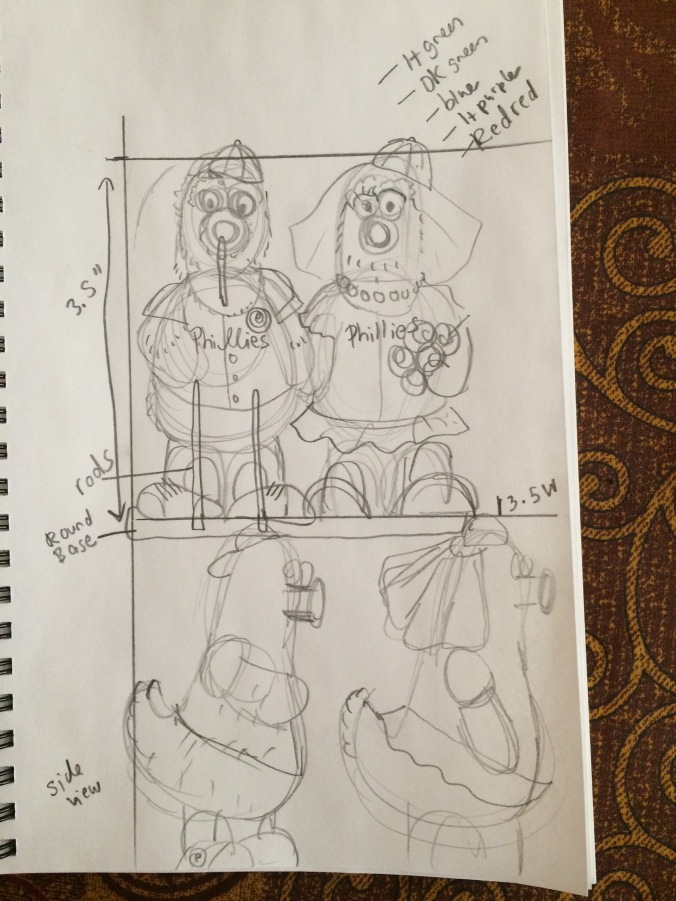 From there, I really got started. Here are my progress photos. 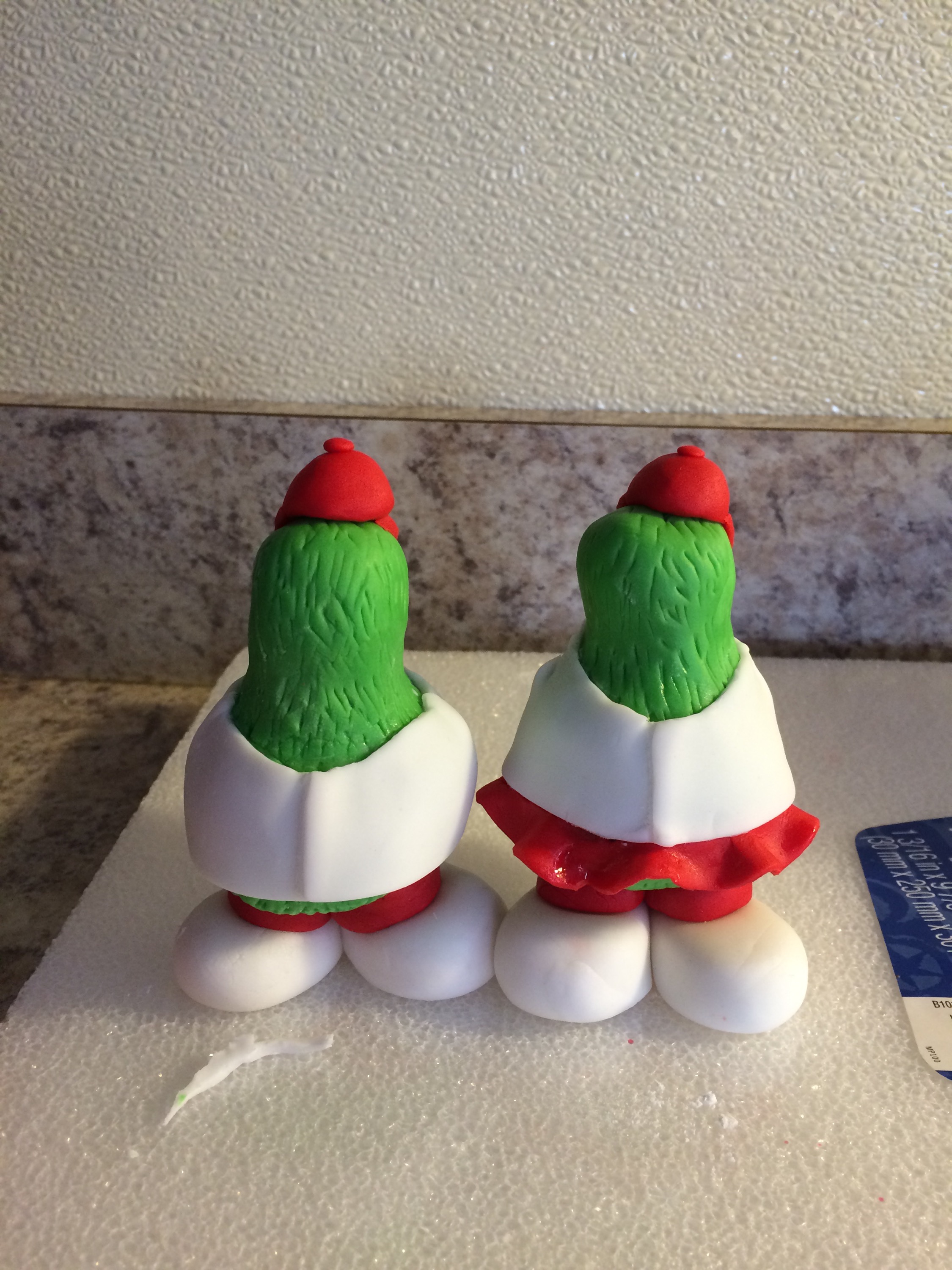 It took me a few tries to get the shirts just right. 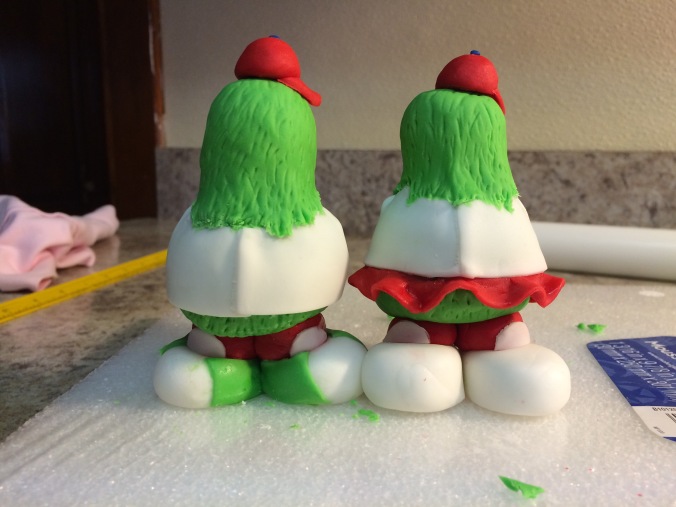 I decided to overlap a thin piece of fondant so that the hair would go over the top of the shirt, as on the real thing. 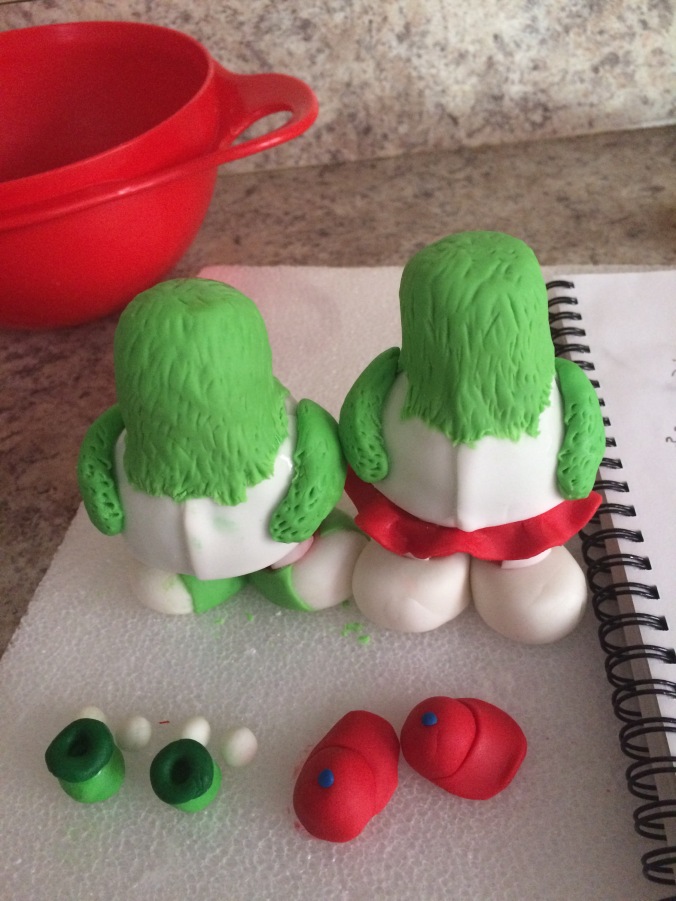 Next, I made features and added arms.

I glued on the eyes and veil and caps. Before putting on the veil, I gave lady Phanatic a fancy necklace.

I carefully made the logos with a pencil. Then, using a very fine brush, I painted over it with Super Red Americolor paste. Then I painted with Wilton Royal Blue to make the stars. I added their pupils with a Sharpie. Then I realized it’s not what the Phanatic looks like at all.

So, I just had to pop off the eyes and fix it. Carefully following a picture of the real Phanatic, I made the eyes close together, changed their shape, and carefully drew on their pupils. All I had left was little touches.

Using a clay extruder, I made tiny laces. 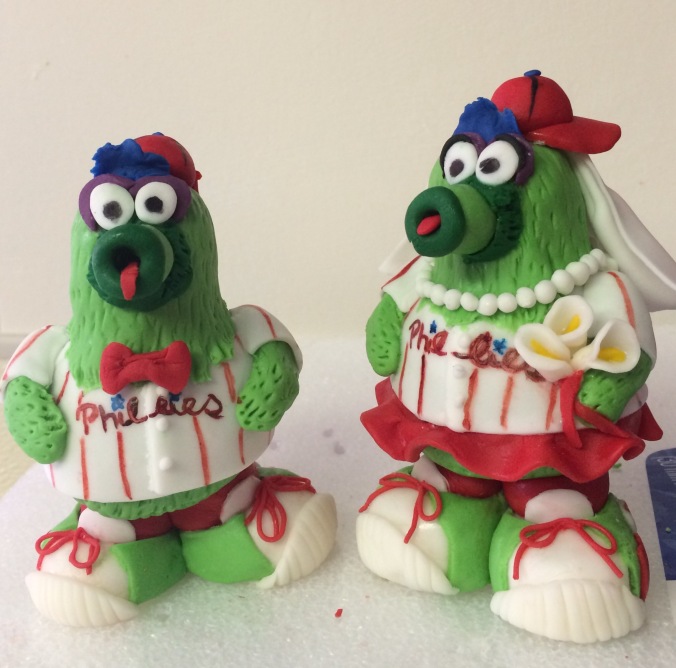 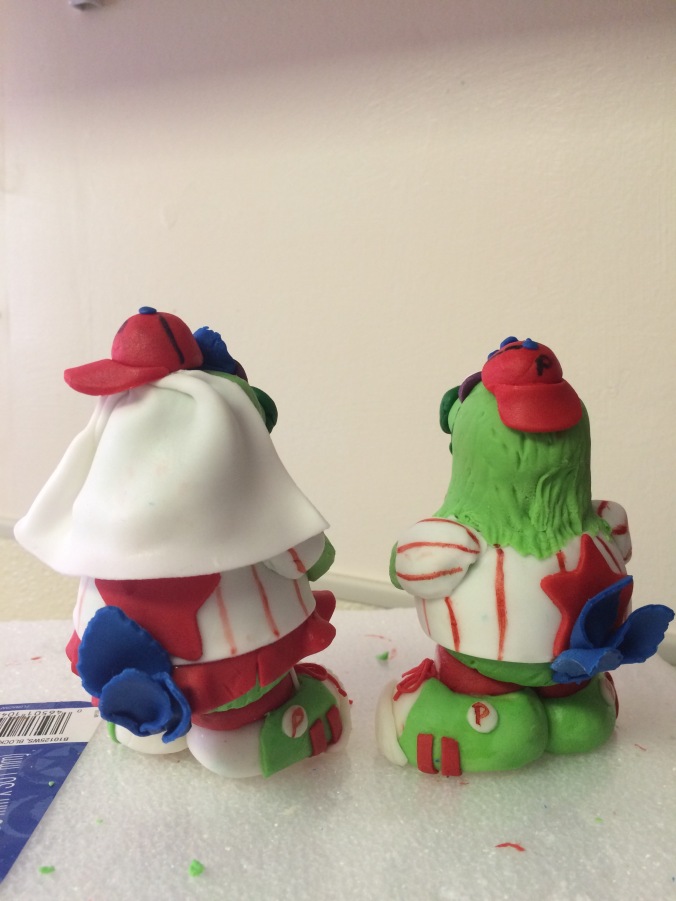 I also made the front of their shoes and added side details such as the tiny logo and red stripes. I stuck on some tail feathers using a leaf cutter for the shape.

Next, I added lashes to the female and have her tiny calla lilies. For the lilies, I used an icing tip to make a circle just the right size. I rolled yellow fondant impossibly small and stuck it inside.

I wasted no time sending pictures to my bride. She is incredibly happy with these toppers. She says they were a bright spot in her wedding planning. That’s what I love about this little job of mine! They are done 25 days early and are one less thing for her to worry about. I cannot wait to see picture of her wedding and to see these little Phanatics on the top of her cake!

I am so glad I attempted this project. They’re not perfect, but I love them, and I learned so much in the process.